Until next time from my mountain to yours
Hugs and smiles Gloria
Posted by Happy To Be/ Gl♥ria 25 comments at 5:35 PM 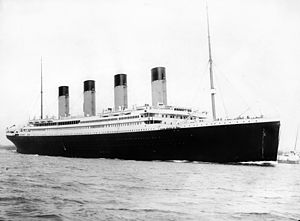 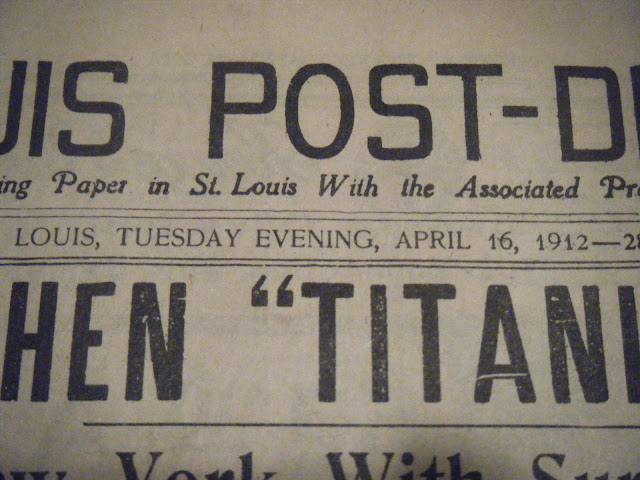 As many as you know that come by my blog I collect many things..I love history and I think the sinking of the Titanic was a Big part of our history..April 15,1912
One of the things I have collected over the years are old newspaper with world events..
Some facts:

RMS Titanic was a British passenger liner that sank in the North Atlantic Ocean on 15 April 1912 after colliding with an iceberg during her maiden voyage from Southampton, England to New York City. The sinking of Titanic caused the deaths of 1,514 people in one of the deadliest peacetime maritime disasters in history. She was the largest ship afloat at the time of her maiden voyage. One of three Olympic class ocean liners operated by the White Star Line, she was built between 1909–11 by the Harland and Wolff shipyard in Belfast. She carried 2,223 people.
Her passengers included some of the wealthiest people in the world, as well as over a thousand emigrants from Great Britain and Ireland, Scandinavia and elsewhere seeking a new life in North America. The ship was designed to be the last word in comfort and luxury, with an on-board gymnasium, swimming pool, libraries, high-class restaurants and opulent cabins. She also had a powerful wireless telegraph provided for the convenience of passengers as well as for operational use. Though she had advanced safety features such as watertight compartments and remotely activated watertight doors, she lacked enough lifeboats to accommodate all of those aboard. Due to outdated maritime safety regulations, she carried only enough lifeboats for 1,178 people – slightly more than half of the number travelling on the maiden voyage and one-third her total passenger and crew capacity.
After leaving Southampton on 10 April 1912, Titanic called at Cherbourg in France and Queenstown (now Cobh) in Ireland before heading westwards towards New York [2]. On 14 April 1912, four days into the crossing and about 375 miles (600 km) south of Newfoundland, she hit an iceberg at 11:40 pm (ship's time; GMT−3). The glancing collision caused Titanic's hull plates to buckle inwards in a number of locations on her starboard side and opened five of her sixteen watertight compartments to the sea. Over the next two and a half hours, the ship gradually filled with water and sank. Passengers and some crew members were evacuated in lifeboats, many of which were launched only partly filled. A disproportionate number of men – over 90% of those in Second Class – were left aboard due to a "women and children first" protocol followed by the officers loading the lifeboats. Just before 2:20 am Titanic broke up and sank bow-first with over a thousand people still on board. Those in the water died within minutes from hypothermia caused by immersion in the freezing ocean. The 710 survivors were taken aboard from the lifeboats by RMS Carpathia a few hours later.
The disaster was greeted with worldwide shock and outrage at the huge loss of life and the regulatory and operational failures that had led to it. Public inquiries in Britain and the United States led to major improvements in maritime safety. One of their most important legacies was the establishment in 1914 of the International Convention for the Safety of Life at Sea (SOLAS), which still governs maritime safety today. Many of the survivors lost all of their money and possessions and were left destitute; many families, particularly those of crew members from Southampton, lost their primary bread-winners. They were helped by an outpouring of public sympathy and charitable donations. Some of the male survivors, notably the White Star Line's chairman, J. Bruce Ismay, were accused of cowardice for leaving the ship while people were still on board, and they faced social ostracism.
The wreck of Titanic remains on the seabed, gradually disintegrating at a depth of 12,415 feet (3,784 m). Since its rediscovery in 1985, thousands of artefacts have been recovered from the sea bed and put on display at museums around the world. Titanic has become one of the most famous ships in history, her memory kept alive by numerous books, folk songs, films, exhibits and memorials. 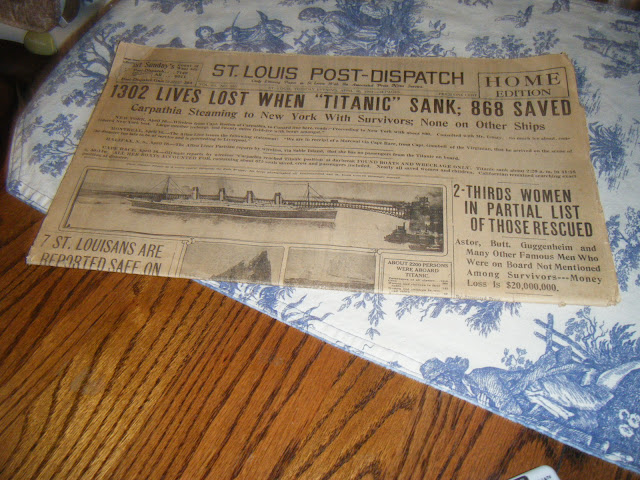 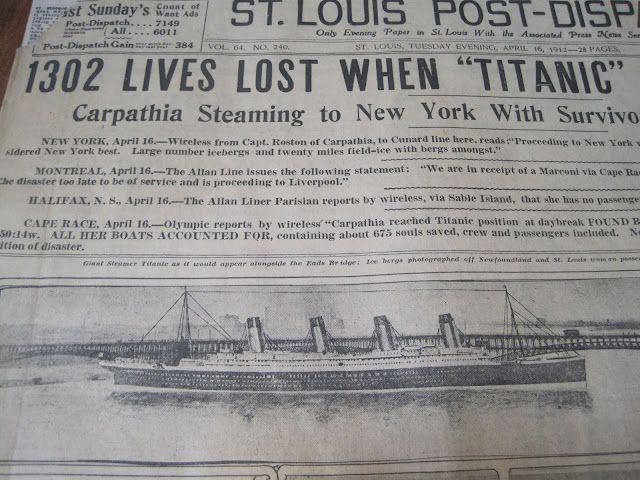 I love old newspapers the illustrations I think are wonderful.. 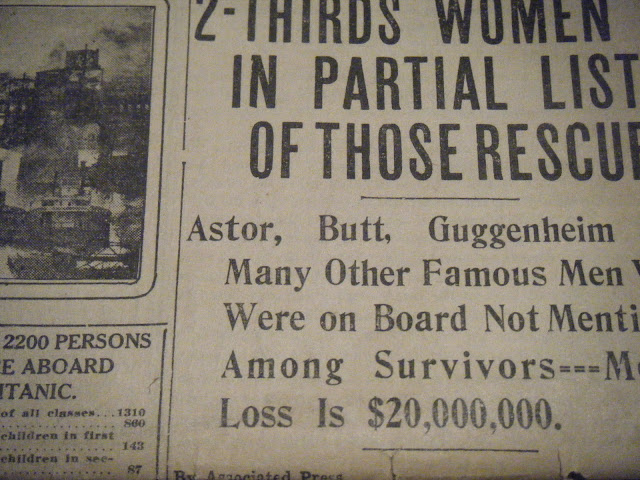 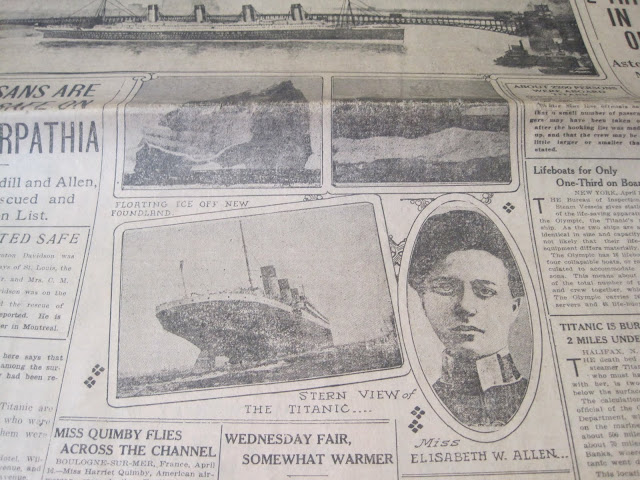 I just love the old ads in them 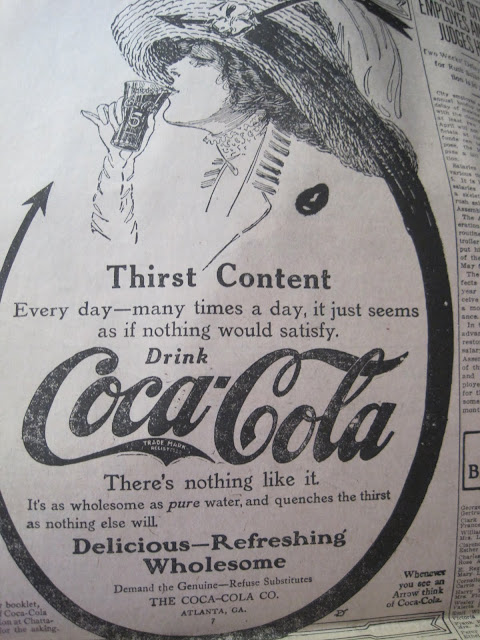 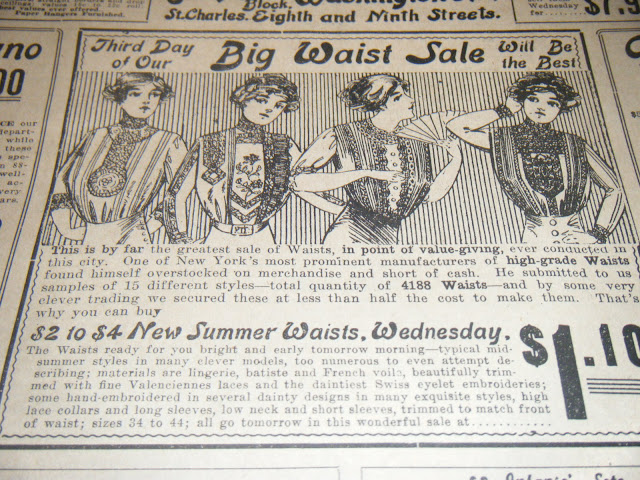 Fashions of the day 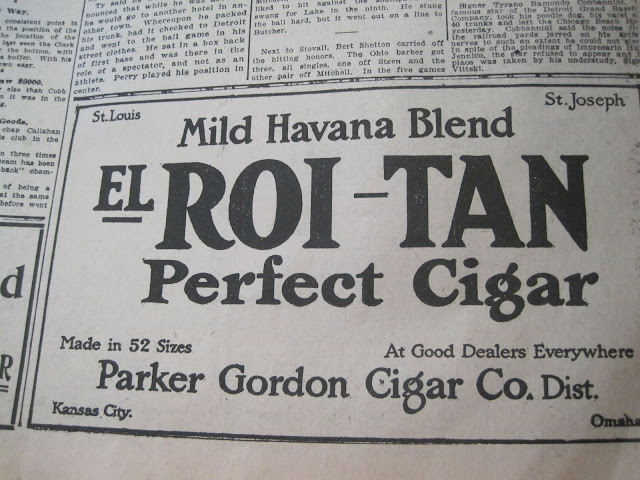 Look you could even buy Havana  Cuban cigars 100 years ago.. 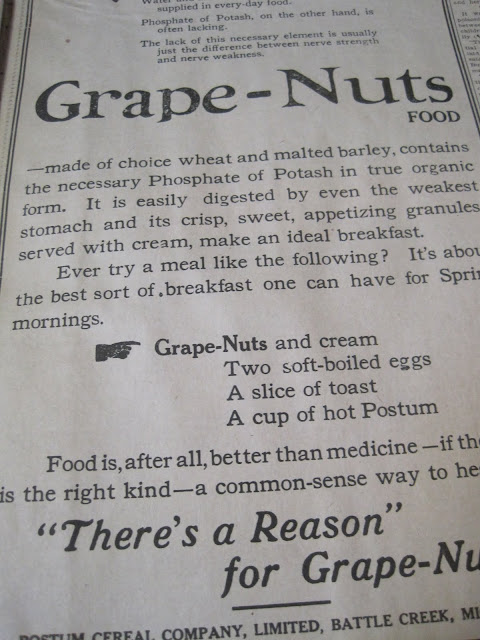 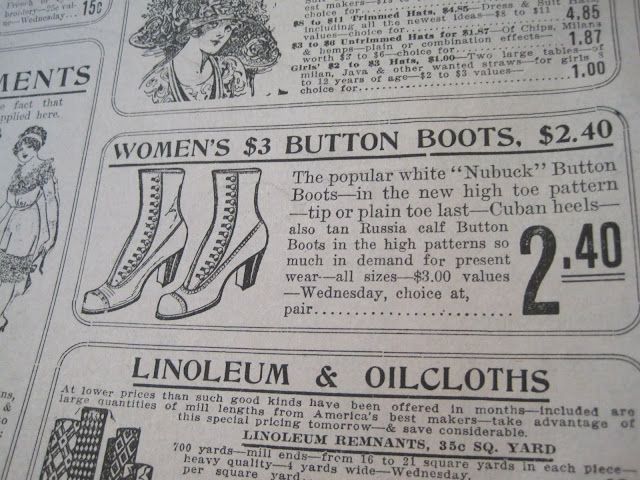 Wished I could still get these shoes for only $2.40 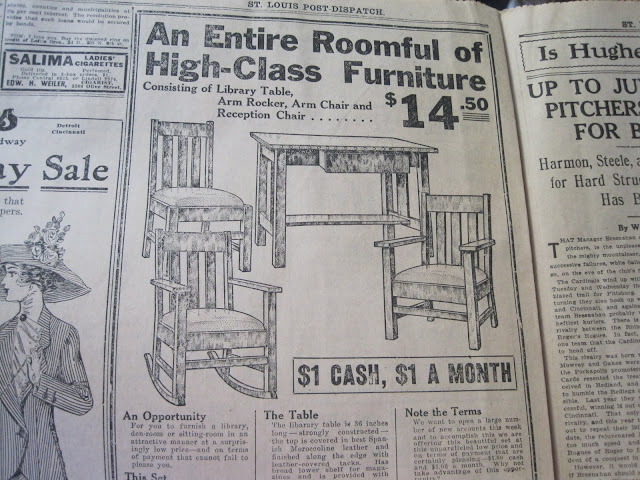 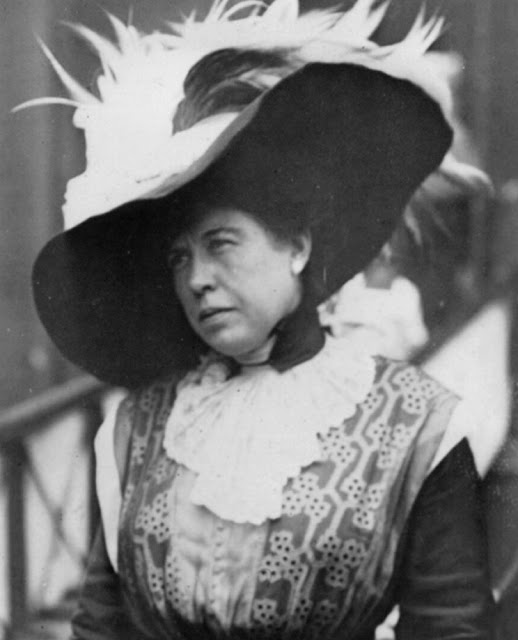 Margaret Tobin Brown was one of the first women in the United States to run for political office, and ran for the Senate eight years before women even had the right to vote. On July 25, 1914, with Alva Vanderbilt (Mrs O.H.P.) Belmont, she organized an international women's rights conference at Marble House in Newport, Rhode Island, which was attended by human rights activists from around the world. A lifelong advocate of human rights, Margaret was also a prominent figure following the Ludlow Massacre in Trinidad, Colorado, in April 1914, a significant landmark in the history of labor rights in the United States.


By the time Margaret Tobin Brown boarded Titanic at Cherbourg, France, she had already made a significant impact in the world. She and her daughter Helen, who was a student at the Sorbonne, had been traveling throughout Europe and were staying with the John Jacob Astor party in Cairo, Egypt, when Margaret received word that her first grandchild, Lawrence Palmer Brown, Jr., was ill. She decided to leave for New York immediately, and booked passage on the earliest ship: Titanic. At the last minute Helen decided to stay behind in London. Due to her quick decision, very few people, including family, knew that Margaret was on board the Titanic.

After the ship struck the iceberg, Margaret helped load others into lifeboats and eventually was forced to board lifeboat six. She and the other women in lifeboat six worked together to row, keep spirits up, and dispel the gloom that was broadcast by the emotional and unstable Robert Hichens. However, Margaret's most significant work occurred on Carpathia, where she assisted Titanic survivors, and afterwards in New York. By the time Carpathia reached New York harbor, Margaret had helped establish the Survivor's Committee, been elected as chair, and raised almost $10,000 for destitute survivors. Margaret's language skills in French, German, and Russian were an asset, and she remained on Carpathia until all Titanic survivors had met with friends, family, or medical/emergency assistance. In a letter to her daughter shortly after the Titanic sinking, she wrote:

"After being brine, salted, and pickled in mid ocean I am now high and dry... I have had flowers, letters, telegrams-people until I am befuddled. They are petitioning Congress to give me a medal... If I must call a specialist to examine my head it is due to the title of Heroine of the Titanic."
Her sense of humor prevailed; to her attorney in Denver she wired:


"Thanks for the kind thoughts. Water was fine and swimming good. Neptune was exceedingly kind to me and I am now high and dry."


Until next time from my mountain to yours,
Hugs and smiles Gloria
Posted by Happy To Be/ Gl♥ria 20 comments at 3:46 PM

Labels: Antiques.
Newer Posts Older Posts Home
Subscribe to: Posts (Atom)
I will no longer leave a comment on WORD VERIFICATION blogs..As I can not read them ... Thanks Gloria 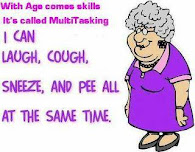 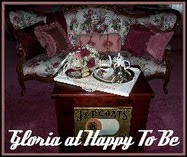 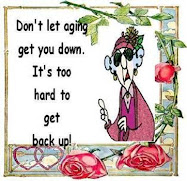 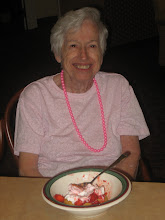